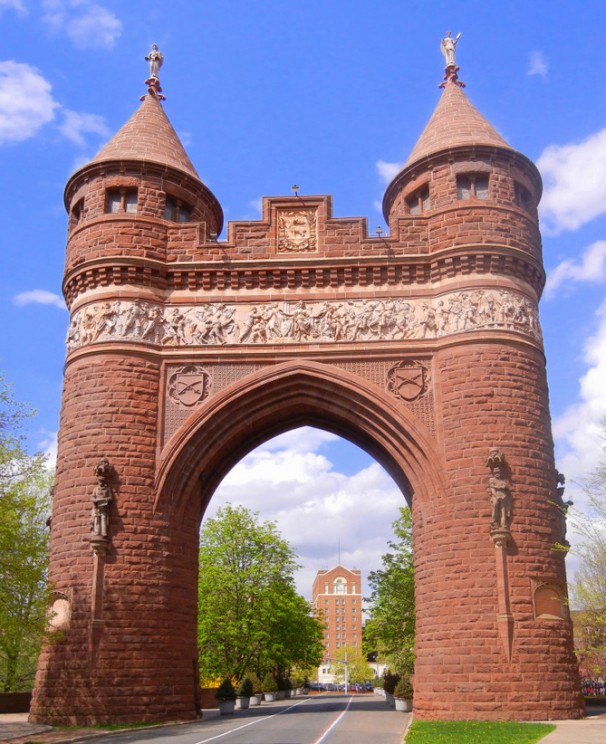 Click here to visit Fox CT and view the video

Bushnell Park’s Soldiers & Sailors Arch is in the midst of a six-figure face-lift, and most of the focus of this project, which should be complete by mid-August, is on patching and solidifying the brownstone.

The arch, built in 1886 is one of America’s oldest civil war monuments, and was constructed of Portland brownstone, which was mined in Portland, Connecticut. But, the quarry closed several years ago. So, while some stones need replacing, patching is the only option.

The project includes scraping and repacking the mortar joints between the brownstone, a wash and seal of the stone, new LED lighting, and a restored observation deck, which is accessible during public tours.

The free tours, which take place on Thursdays, even during the restoration, are open from Noon until 1:30 p.m. from May through October.

Click here to visit Fox CT and view the video