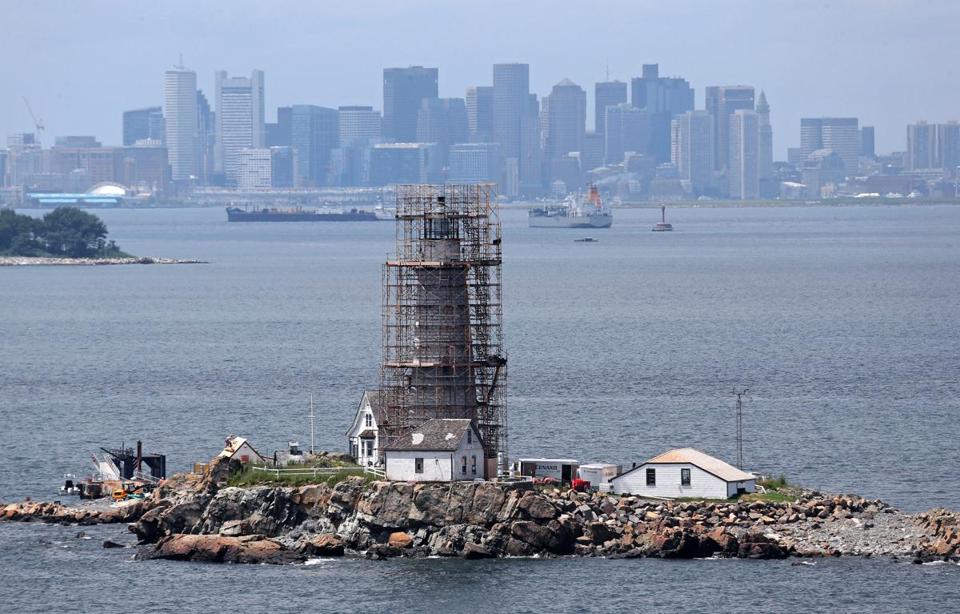 Scaffolding envelops Boston Light on Little Brewster Island as workers renovate the structure and surrounding buildings. The tower was rebuilt in 1783 after the British blew up the original in the Revolutionary War. 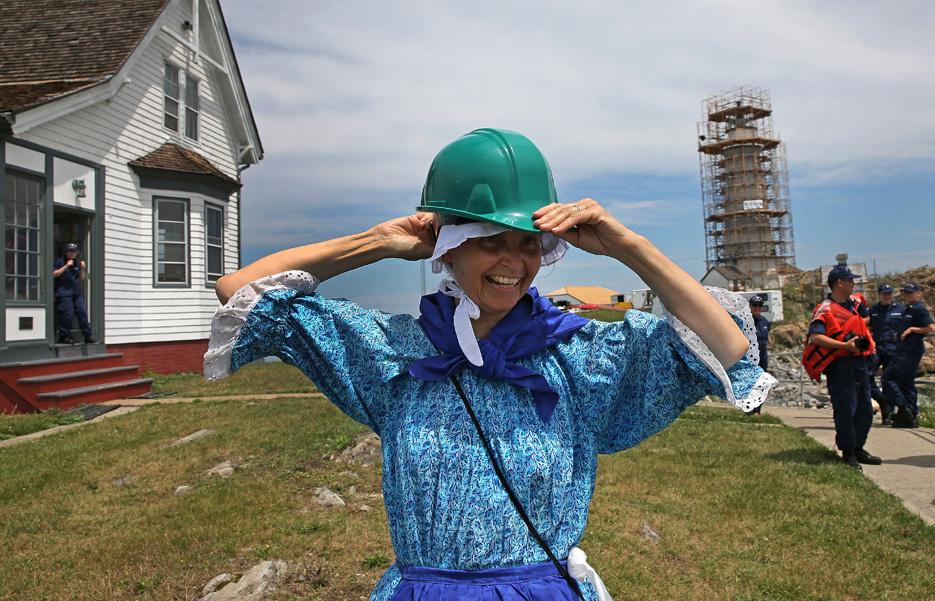 A hard hat is required even for Sally Snowman, the lighthouse keeper for 11 years while Boston Light in certain areas is a construction site.